“I have personally seen an unspeakable amount of people settle their claim for less than it was worth simply because the prosecution of a claim has become such a complex process. Insurance companies also have the upper hand when it comes to negotiating settlements. They hold the purse strings.”

He has settled thousands of personal injury claims and paid out millions of dollars in settlements both as an insurance adjuster and as a private lawyer. Mr. Minton left the insurance industry to devote his practice to the protection of individuals and their rights.

M. Justin Minton was born in Fayetteville, Arkansas, on November 22, 1977. He is married to Sally Minton and is father to three young boys, Carter, Caden and Charlie, and a little girl – Channing. Mr. Minton graduated with honors from Caddo Hills High School in Norman, Arkansas, in 1996. He received his bachelor’s degree in Business Administration from the University of Central Arkansas and his Juris Doctor degree from the University of Arkansas at Little Rock.

During his law school career, he was ranked as high as third in his class and was honored to be elected to the Dean’s list. He is currently active in the Arkansas Bar Association and the Arkansas Trial Lawyers Association.

Connie Grace is the Arkansas Trial Lawyers Association’s  2016 Outstanding Trial Lawyer.   She concentrates her practice in injury cases, including trucking litigation and other automobile accidents; premises liability and security; product liability, including medical devices and employment law; and wrongful death.   100 percent of her practice is devoted to litigation.    She is licensed to practice law in  Arkansas, Oklahoma, the Eastern and Western Districts of Arkansas, and the Eighth Circuit Court of Appeals.   She has taken over 100 cases to trial and is a National Trial Lawyers Top 100 Trial Lawyers.

She has graduated from Trial Lawyers College founded by Gerry Spence in Wyoming and continued her training there for the last 15 years.

Connie has achieved significant six and seven-figure settlements and verdicts since being associated with the Minton Law Firm in  2016.   Numerous settlements and verdicts prior to joining the firm include the Christian Hayes v. Park Plaza Mall, CMBS, et. al case for $12,771,000 and a verdict for a mentally ill teenager against Centers for Youth and Family for $680,000.

The foundation for her achievements is built on solid education, hard work, and family values.  She grew up in Arkansas and was valedictorian of her high school class.  She obtained her bachelor’s degree at  Henderson State University and Masters of Music degree at Louisiana State University, then taught music for six years.   After teaching, Connie worked her way through the University of Arkansas at Little Rock School of Law  and graduated with honors and many top paper awards, including Civil Procedure.   After clerking at the Arkansas Supreme Court, Connie has devoted her entire practice to fighting for plaintiffs when those at fault refuse to be accountable.  In addition to Trial Lawyers College, she has been active in the Arkansas Trial Lawyers Association and the American Association for Justice.

Connie is the proud step-mother of Lester’s two daughters and extra grand-mother of Frankie, Gibson, Watson, and Kennedy.   The spoiled Pomeranian of the house is Piper Ann.

Mr. Lamey has been practicing law since 2009. He focuses his practice primarily on personal injury, wrongful death, bad faith insurance claims and complex litigation. Before joining the Minton Law Firm, Mr. Lamey worked as a certified public accountant and in-house counsel to the trucking industry.

“Negotiating the ins and outs of an insurance claim can be very complex. The chaos that a serious accident creates for a family is daunting. My goal is to give families the peace of mind knowing that someone is fighting for them so they can focus on their recovery.”

Charles “Les” Lamey was born in Conway, Arkansas on November 23, 1977. He is married to Lexi Lamey and is father to a young boy, Drew, and a little girl – Lexi. Mr. Lamey graduated with honors from Conway High School in 1996. He received his bachelor’s degree in Business from Hendrix College and his Juris Doctor degree from the University of Arkansas at Little Rock.

He is currently active in the Arkansas Bar Association and the Arkansas Trial Lawyers Association. In addition to practicing law, Mr. Lamey devotes his time as a board member to Hope Alive Transformational Ministry. A Ministry which helps men and families seek freedom from the devastating effects of drug and alcohol addiction.

Your initial point of contact with Minton Law Firm may just begin with Robert Maynard. Since joining Minton Law Firm in 2007, Robert has become an integral part of our Staff. Whether conducting in-home, in-hospital or in-office consultations, clients routinely acknowledge and recognize Robert for his compassion, thoroughness and willingness to go the extra mile for the firm’s clients.

Born in San Antonio, TX, he was married to his beloved wife for 40 years before her passing. He has two daughters who both live in Texas. Upon his graduation from Copperas Cove High School in Texas, and a 4-year tour of duty with the United States Air Force, Robert joined the Fort Worth Police Department. After several years in Uniform Division, he was asked to join the Plains Clothes Hit & Run Division and became a Special Investigator, which handled only fatality accidents.

While on the Police Force he attended Tarrant County Junior College and attained an Associate degree in Criminal Justice. During his time with the Police Department, he attended several Accident and Reconstruction classes in Auto, Pedestrian, 18-Wheeler and Railroad investigations with North Western University and Texas A&M University.

Prior to joining Minton Law Firm, Robert served as a Special Investigation Unit Manager for a national insurance company. His experience on the insurance side of the business has proven extremely beneficial in the success we’re able to achieve for our clients.

There is no one better to handle your insurance claim than a former insurance adjuster. 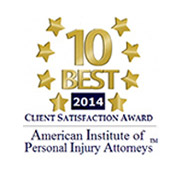 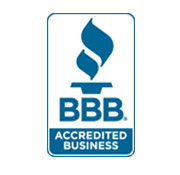 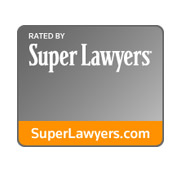 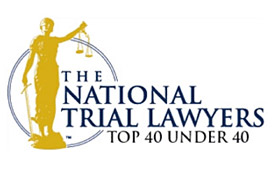 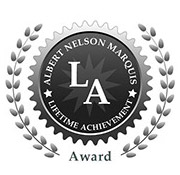 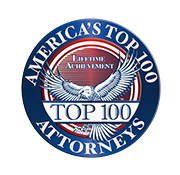